Let’s face it, V12 engines are regarded as the epitome in smoothness in the auto industry and car guys all over the world are just crazy about them. Yes, they may be big, thirsty and expensive to run, but they make up for all of that when a wave of torque hits you in the back of your head and you hear its glorious voice. But how can you actually own one for cheap? Could the BMW 850i be a good alternative? The guys from Car Throttle recently put together a video showcasing some unexpectedly cheap V12 cars that have some years under their belt. Out of the bunch, two of them were BMWs, using basically the same engine. The first one mentioned is the iconic BMW E38 750iL that used a number of variations of the BMW M73 5.4-liter V12 engine good for over 300 HP. And while the shape of the E38 is classic Bavarian business, we’re more interested in the BMW 850i mentioned here. While the flagship limousine was and is still being built and sold around the world – this year receiving yet another V12 version – the 8 Series is gone and bound to make a comeback. And while owning the original might seem like a good idea at first, considering its tanking price tags, you might want to be careful about what you’re buying. The 8 Series is a good looking, dare I say timeless car. It has powerful V12 engines under the hood and is extremely desirable. That’s why getting one for cheap usually means there’s something wrong with it. And for all the goodness the M73 engine under the hood brings to the table, it is also very expensive to fix if something’s wrong with it. Fortunately, the thing is known to be built like a tank. Moving mechanical parts rarely malfunction and the most common issue is a lack of lubrication that can lead to some other serious problems. However, as is the case with any car over 20-years old, there’s an inherent risk involved when buying one so exercise caution. 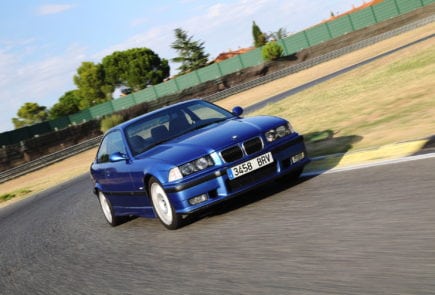 Video: 5 Reasons why the BMW E36 M3 is better than the E46 M3
Comments
Leave a response