When you are visiting Munich, it’s highly recommended to pay a visit to the local BMW museum.

What can you expect? Well, don’t expect a very large museum. On a spiral ramp you walk from the bottom floor to the upper floor, seeing a couple of plane engines, some vintage cars, some information on monitors..etc. Nice to know: the M30 engine is also used as an marine engine with a heck drive. 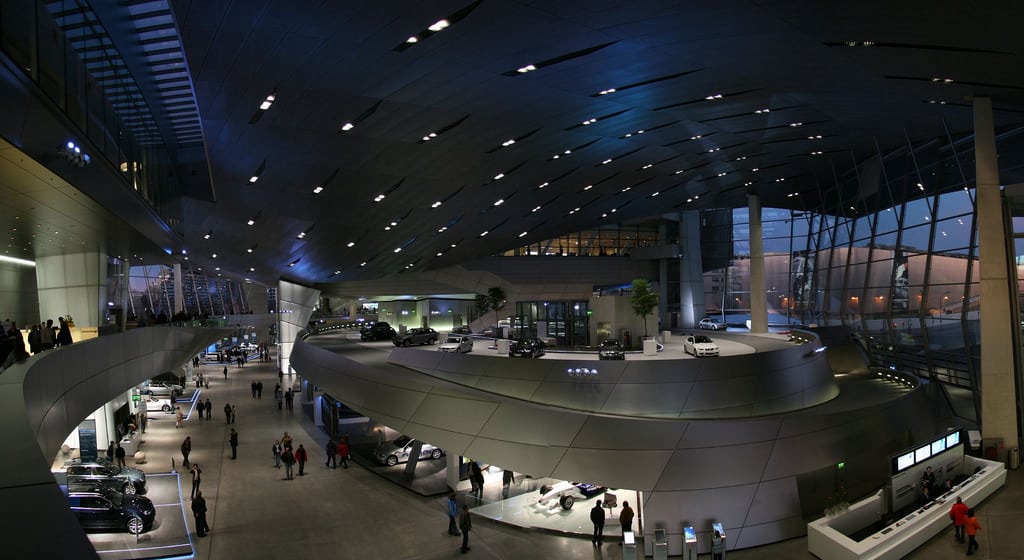 Why we are here?

Sounds allright, but why a must to visit it? Because on the upper floor they molested an E32 750iL. But they did it nice, and it turned out to be a beautiful breath taking cutaway view of the 750iL. 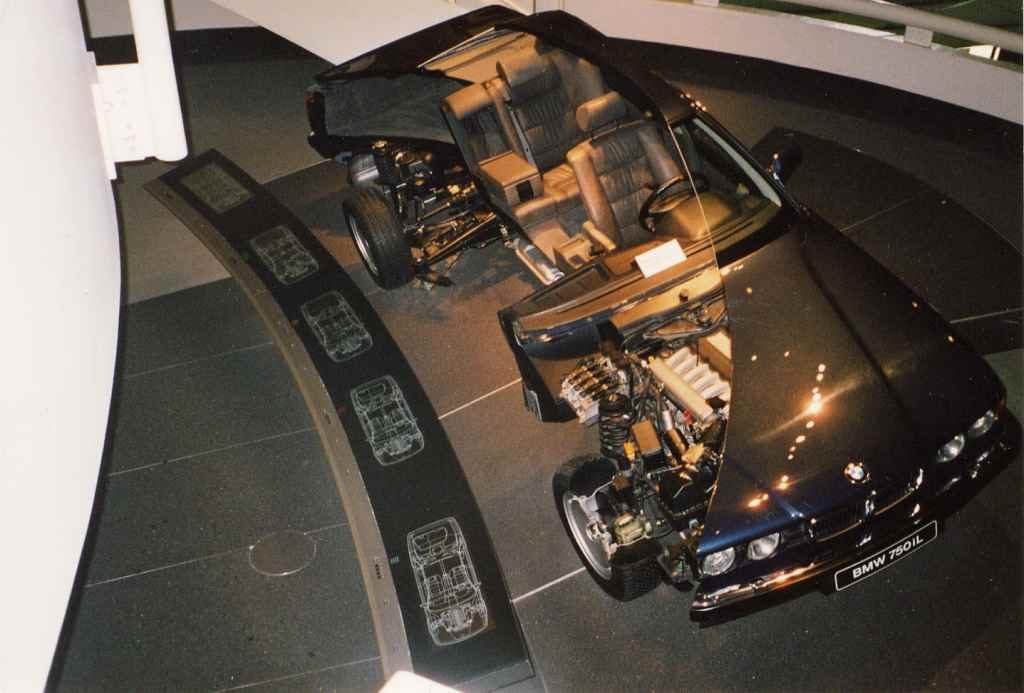 The picture underneath shows the 750iL from above. It’s a full optioned ’87 750iL, the year the production of the v12 started (round september ’87). The color is Royalblue with a full buffalo leather Havanna interior. A rare combination: 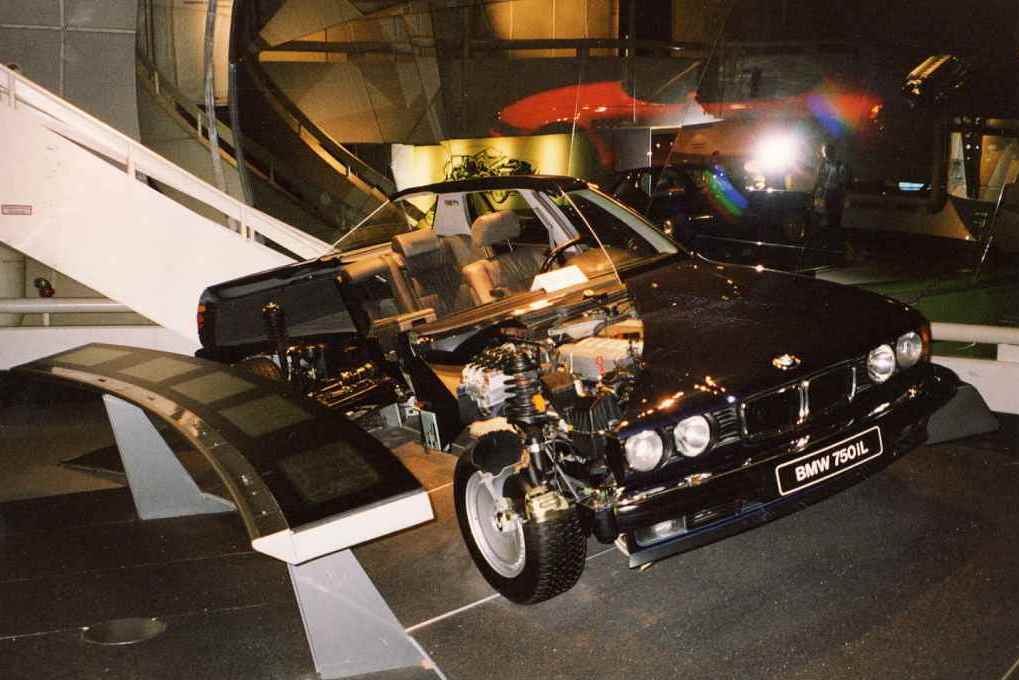 And a closer look. You’ll see the standard disc shaped wheels (ufo’s) of the early production years. They cut even the wheel in half. The infopanels at the left are explaining numerous systems of the car like motronic, servotronic, ABS and strangely enough, also ASC+T. But this particular car isn’t equipped with ASC+T! In fact, ASC(+T) wasn’t an available option at all on the early 750’s (also not listed in the option code list of ’87)…

I added an explanation of all parts of this picture: 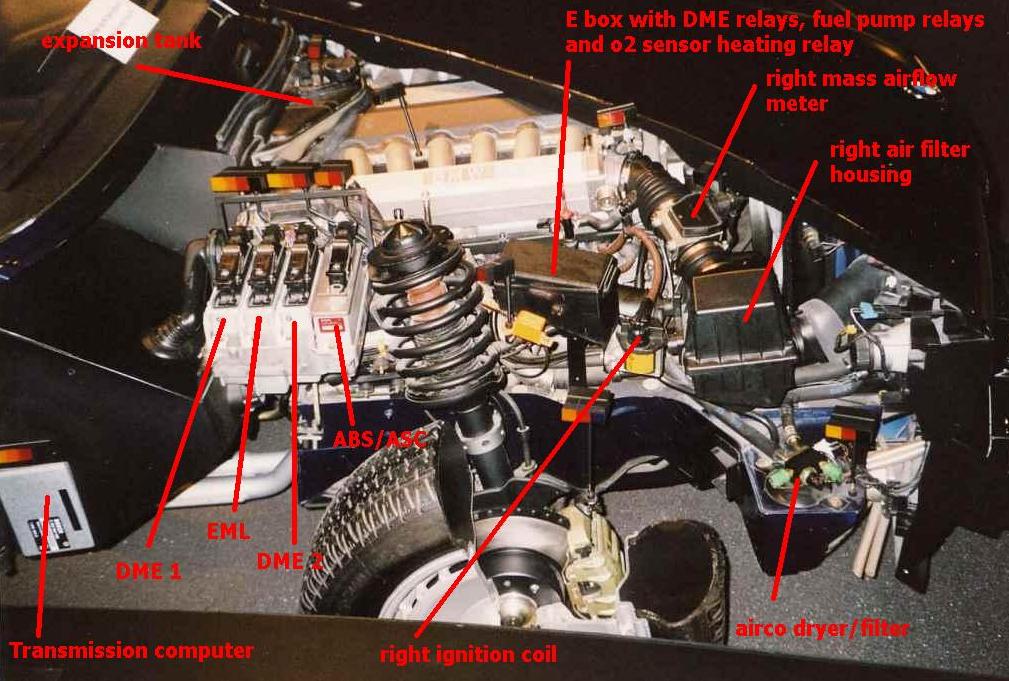 And a beautiful picture of the interior with parts of the transmission, exhaust with cats and driveshaft. Notice the full leather interior (not only the seats have leather but also doorpanels, parts of the dash and center console), the airbag steering wheel and the total absence of the ASC switch. 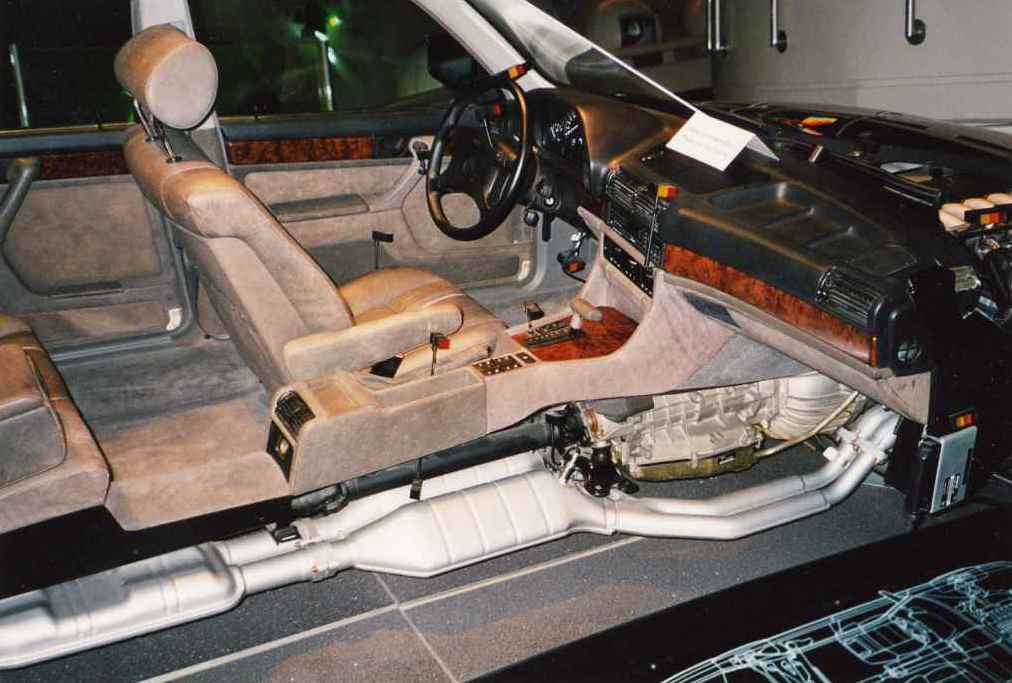 When you look carefully, you’ll see the right lambda sensor and now you know that its almost impossible to change the sensors without dropping the exhaust: 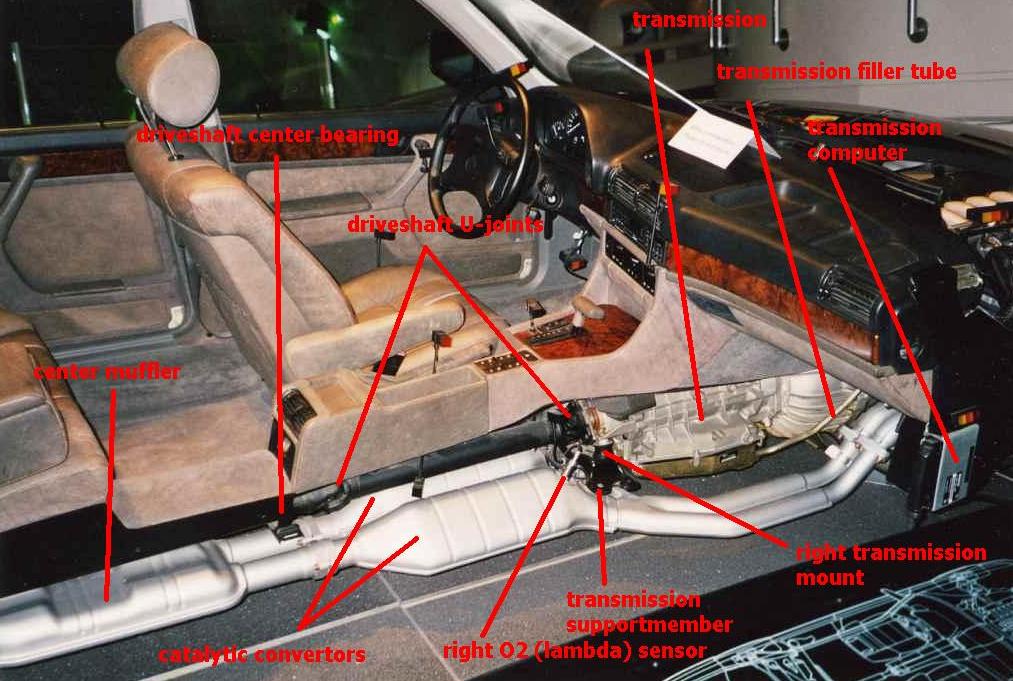 Same picture, taken slightly to the back. You have a very good look at the driveshaft and exhaust. At the right some components of the rear suspension. Of course this car has LAD (no EDC) but if you look carefull the right accumulator is mounted in a vertical position. This is actually wrong, the accumulator must be lying horizontal and parallel to the rear axle. The velcro of the rear arm support has the same problem as every other e32 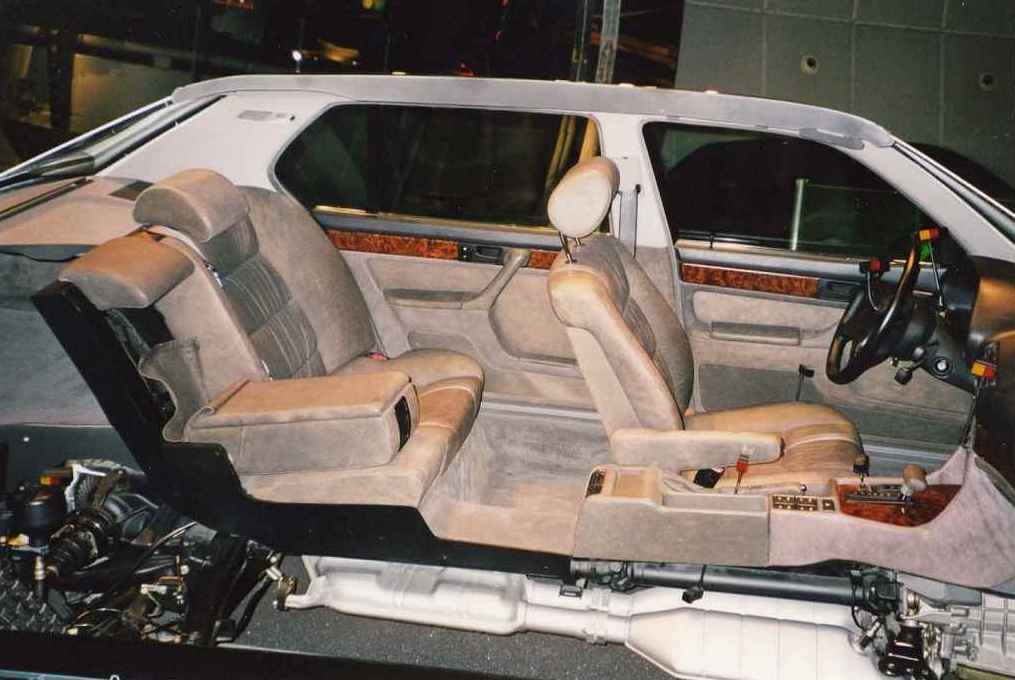 The BMW museum in Munich is located at the Petualring 130, right next to the Olympia Stadium/village. It’s open daily from 9am-5pm. Munich has a very good subway system, I suggest you use it. The museum is about 100m from the nearest subway station (subway U3, station Olympia Zentrum). The museum is shaped like a giant mushroom, can’t miss it.

In the museum, there is a possibility for a factory plant tour. Again highly recommended, but unfortunately no 7 series are assembled in Munich (I thought the 3 series is assembled in Munich, but not sure about that) so that wasn’t a real option for me. 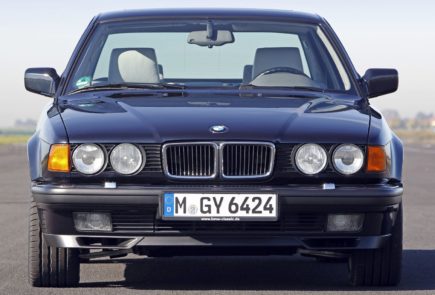