The BMW E21 is the first generation of the BMW 3 Series compact luxury vehicle and was produced between June 1975 and December 1983.

BMW E21 is a direct descendant of the BMW Neue Class sports sedans and the ancestor of the third series. The ideology of the “third series” embedded in this model remained generally unchanged until the early 90s. The model was launched on May 2, 1975 (in the USA — in 1977). And in the 1983 was replaced by next generation – BMW E30.

The car replaced BMW 2002 and was produced as a two-door sedan. There was a small amount of the convertible version, developed by the body studio Baur.

Under the direction of its majority (51%) shareholder, Herbert Quandt, BMW decided upon a replacement for their aging 02 Series. Paul Bracq, Director of Design at BMW from 1970 to 1974, is credited with setting the design direction of the E21. In July 1975, BMW’s Board of Management introduced the 3 Series to the public at the Munich Olympic Stadium.

The frontal view of the new car was dominated by the BMW trademark kidney grille standing out clearly from the radiator cover. The styling of the new car bore a resemblance to the BMW E12 5 Series.

The wedge shape of the two-door model was distinctive, extending all the way to the unusually high rear end. In response to criticism of the tail design, a black plastic trim panel between the tail lights was added. Like many other BMW models, the C-pillar of the E21 features a Hofmeister kink.

The cockpit design of the E21 marked the introduction of a new design concept, with the center console and central dashboard area angled towards the driver. This feature has become part of BMW’s interior design philosophy for many years. As a sign of passive safety, all edges and control elements within the interior were rounded off and padded.

May 1975, Munich. Here begins the starting point of BMW’s history as one of the world’s most influential automakers. The new headquarters of the automaker is located literally across the street from the famous “Olympic village” of 1972.

The company is in a state of gradually stopping the release of the successful 3.0 CS (generation E9) and moving to the first generation of the 5 series, and at the same time says Auf Wiedersehen is perhaps the most influential and important car that has ever been produced by the concern – the 2002 model.

Thanks to its popularity and sporty nature, 2002 earned BMW the reputation of the “Ultimate Driving Machine”, so providing it with a worthy replacement was truly a difficult task. And in July 1975, the first generation E21 of the third series was presented, which later became a legend. 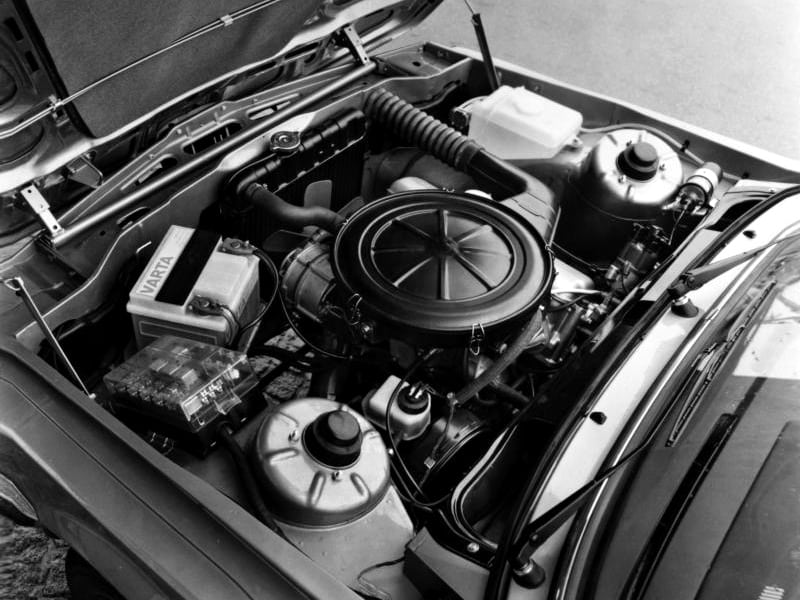 Initially, the following 3 series models were available: 315, 316, 318, 320, and 320i. The index “i” indicated that the car uses a Bosch K-Jetronic injector instead of a Solex carburetor. The top version was the 320 model with a 2.0-liter four-cylinder engine developed on the basis of the M10 block.

For those who are not particularly familiar with BMW engines, the same M10 block was also used as the basis of the engines that were equipped with atmospheric and turbocharged 2002 models.

The same block served as the basis for the development of turbocharged engines of the Brabham-BMW Formula 1 program, within which celebrities like Nelson Piquet could be seen driving thousands of powerful racing monsters of the early eighties.

This is probably one of the few engines that have such a brilliant racing career as, for example, the Ford Cosworth DFV. Not bad for an engine that went into production in 1962. By 1977, its place under the hood of the 320i was taken by the “six” in the M20 block.

The E21 became a significant model in history, bringing many important changes: the first 6-cylinder engine in the third series, a driver-oriented interior layout that became standard in BMW and a typical BMW design with four headlamps, which in this generation were installed on models with 6-cylinder engines (four-cylinder models were equipped with two headlights, larger in size). 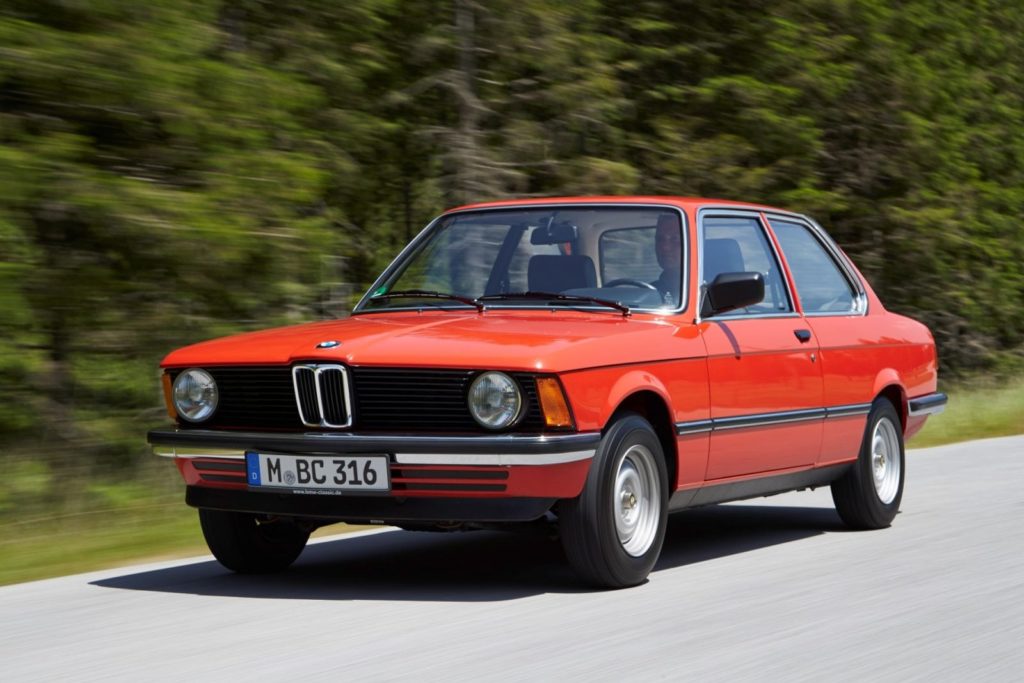 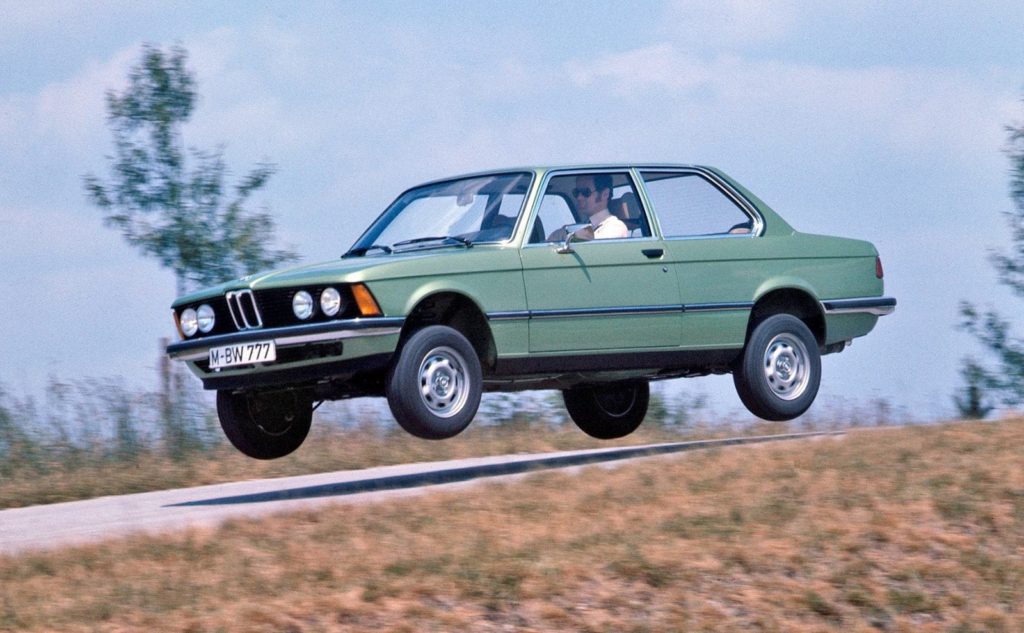 The 320i model, equipped with Jetronic injection system, produced 125 hp of power. In 1979, the 323i debuted with a new 2.3-liter version of the M20 block under the hood, which also made the final transition from a 4-speed transmission to a 5-speed one.

In addition to the fact that more than 1.3 million cars in the E21 body were sold at that time, this car also became a significant milestone for BMW and in motorsport. The M Division presented a version with a two-liter turbo engine, which successfully replaced the 3.0 CSL that had performed before and brought fame to such pilots as Eddie Cheever and Hans Stuck in the 1977-1978 season. More importantly, the “three hundred and twentieth” from Formula 2 became the basis on which Formula 1 teams subsequently developed their engine-building technologies of the early eighties. 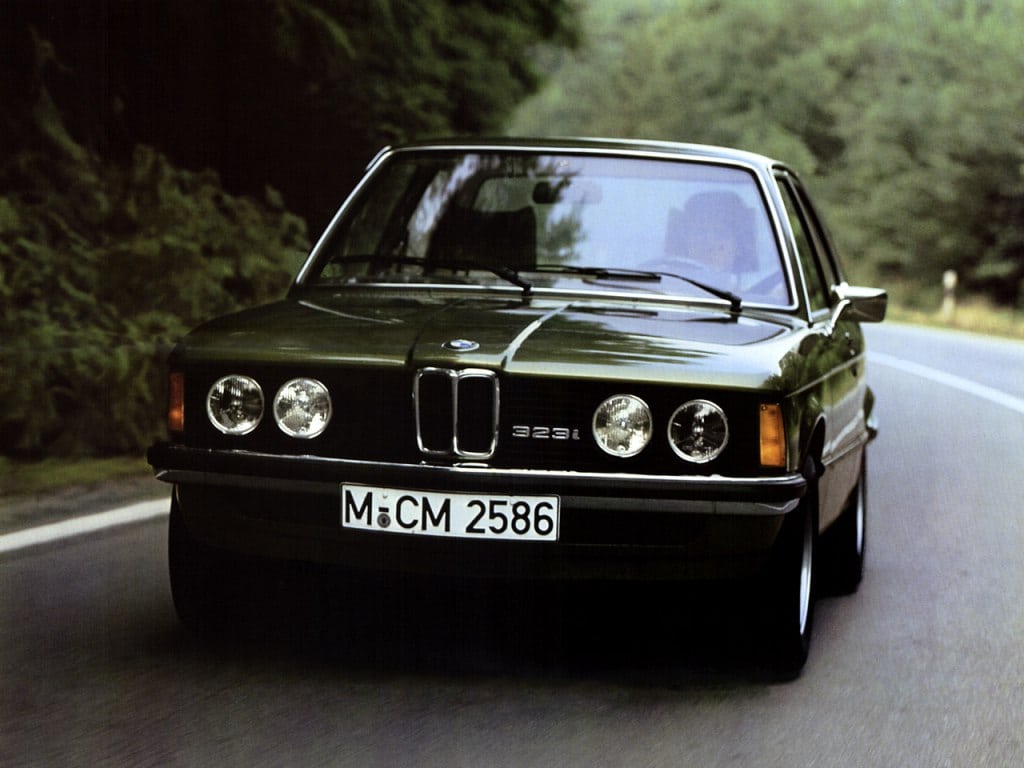 But the most important purpose of the E21 is still that it brought huge success and was able to lay the foundation that served as the basis for the phenomenal popularity of its successor, the legendary E30. BMW in the E21 body helped strengthen the company’s position in the United States market and bring to an end what was started by the 2002 model, and for many it became and remains the quintessence of the 3 series, which persisted throughout the 80s and up to the beginning of the 90s.