Video: Turbo BMW E30 3 Series Is More than the Sum of Its Parts

The E36 replaced the E30 coupe models in 1990, with other E30 body styles being phased out of production until the final E30 model, a Touring, was produced in 1994.

The first BMW M3 was built on the E30 platform. The E30 M3 is powered by the high-revving BMW S14 four-cylinder petrol engine, which produced 175 kW (235 hp) in its final European-only iteration.

One of the key stones to reach a long lifetime of your engine is frequent and regular engine oil change. If you are hesitating about the cost of these frequent oil changes (especially with larger engines consuming large quantities of oil each time) I would like to recommend to use a good but cheap oil (with correct viscosity and proper quality ratings of course) and change frequently instead of buying the most expensive oil and change very rarely.

While drag races are far from being exciting and often times, they’re extremely biased, yet they’re perfect for bragging rights and killing time.

Read More
Video: Turbo BMW E30 3 Series Is More than the Sum of Its Parts

The BMW E30 3 Series range has one of the biggest cult followings out of all the BMW models ever made. The series that gave birth to the legendary E30 M3 and the M3 nameplate altogether, deserves a special place in the hearts of thousand of car fans. And it can get even dramatically better with just a couple of well-placed upgrades and that’s part of what makes it magic. 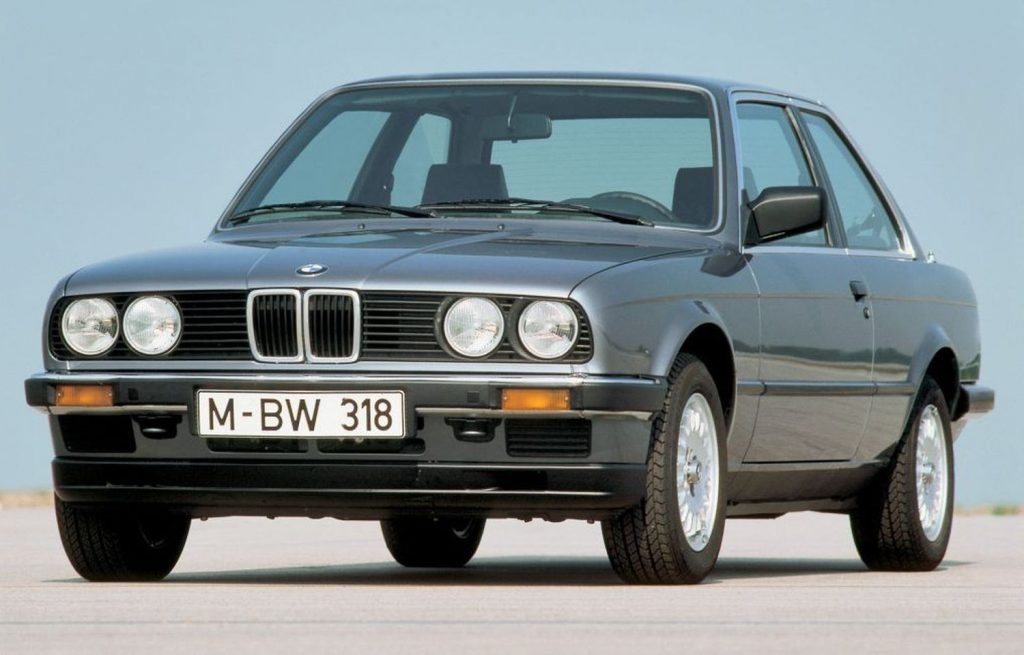 The E30 3-series was penned by Claus Luthe in 1978, the designer of the NSU Ro 80. Externally, the E30's appearance is very similar to twin headlight versions of its E21 predecessor, however there are various detail changes in styling to the E30.

Major changes over the E21 include interior features and revised suspension (to reduce the oversteer for which the E21 was criticised). As per the E21, a Baur convertible was available.

Unlike its predecessor, the second generation 3 Series was available as a four-door saloon as well as a two-door saloon, and there was later a five-door estate model.

The primary distinctive feature of the BMW E30 models produced for the North American market in 1984–1987 are the elongated front/rear aluminum bumpers. These bumpers are commonly known as "diving boards."

At Frankfurt in September 1987, BMW introduced a major update to the E30 (often called "Series 2"). The changes to the lineup were the addition of the Touring (station wagon) variant and removal of the 325e model. The M10 4-cylinder engine was replaced by the M40.

External styling changes included a new front bumper, redesigned rear lights, rear apron, headlight reflectors, and licence plate frame, while the window frames lost their chrome trim. Rust protection was improved with the update. Various mechanical changes were made, including updating of the engine range. In 1988, the anodized aluminum bumpers for the North American market were shortened by revising the cover/fillers and shortening the shocks. In 1989 (again, for North America) the aluminum bumpers were replaced with shorter plastic bumpers in body-colour. 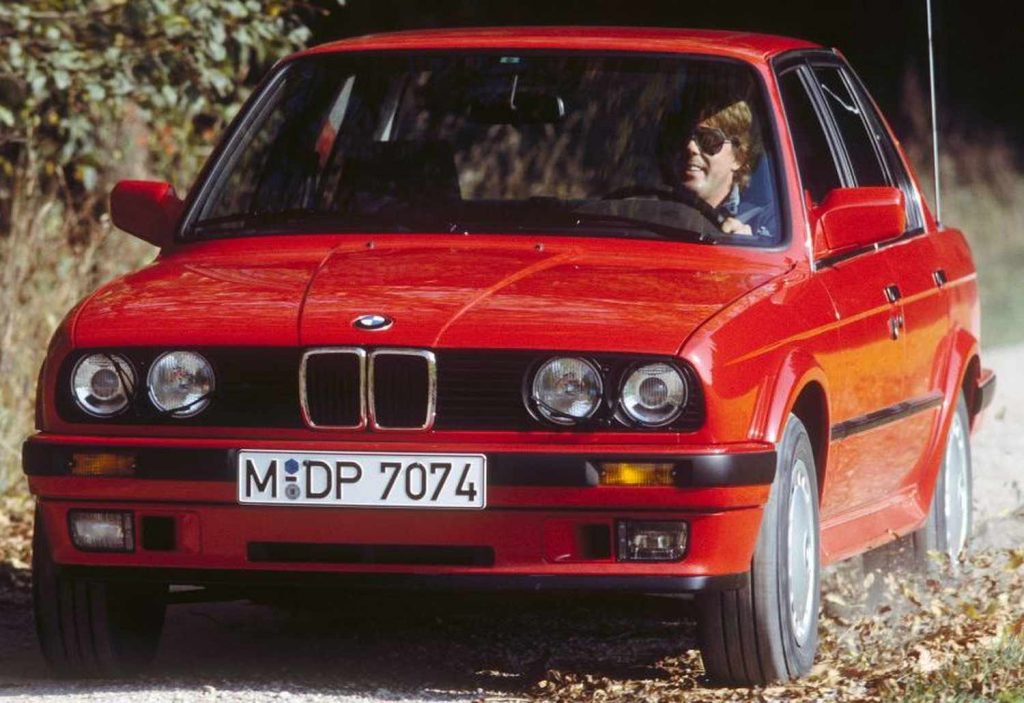 Aside from USA models, the 1987 update models remained largely unchanged until the end of production. In South Africa, only the coupes and sedans were built, four cylinder gasoline (petrol) models production continued there until 1992.

Following on from the E21, at the launch of the E30 range in 1982 it was fitted with the M10 straight-four and the M20 straight-six engines. Over the production run, the M10 was replaced with the M40 and M42, the M20 received various upgrades and the BMW S14 engine was introduced in the M3. A six-cylinder diesel was also introduced later, originally only in naturally aspirated form.

The 318iS coupe was released in 1989, soon followed by the 318i sedan and 318iC convertible. These models introduced a new engine, the chain-driven DOHC M42 1.8 L 16-valve engine w. This is the most modern engine available in the E30 range, incorporating the updated Bosch Motronic 1.3, hydraulic valve adjusters and four individual coil packs which resulted in a very high hp per litre as well as reasonable fuel economy (33mpg) and CO2 emissions (190 g/km). The excellent weight distribution of the 318iS & 318ic has led to frequent comparisons with the famous E30 M3. Nicknames include "mini M3" or "poor man's M3."

The M3 is powered by the BMW S14 engine, a high-revving motorsport engine.

In 1985, BMW introduced the 324d, which has the 2443 cm3 M21 diesel inline-six with swirl chamber injection; it produces 63 kW (86 PS). In 1987 a turbocharged version called the 324td with 85 kW (116 PS) arrived. This model also has an all-new electronically controlled injection pump (DDE) developed by Bosch, which provides higher power and smoother running.

One of the features that added to the roominess of the E30 was the suspension. The front MacPherson struts and rear semi-trailing arm suspension were a compact arrangement that left a lot of cabin and boot space for the car's overall size. The semi-trailing arms have been criticized for the dynamic toe & camber changes inherent to the suspension geometry, causing bump steer in hard cornering situations (such as racing and autocross). This has contributed to the E30 as having a reputation for "tail happy" handling, where rear grip is reduced in certain situations, leading to oversteer.

In total, eight transmissions were available for the various models of the E30: five manuals, and three automatics.

The standard gearbox for the 316 and some 318i models is the Getrag 220 4-speed, these models had the option of the 5-speed Getrag 240. The Getrag 220 does not have synchromesh on reverse.

The 5-speed 318i models use the Getrag 240 gearbox. This gearbox is also used on the 320i, however with a different bell housing to suit the M20 engine.

Some European market facelift M20 cars (320i and 325i) were also available with a ZF manual transmission, however this was not a listed option, or specific to any particular market or factory, and is thus very rare to find.

The M3 was fitted with a Getrag 265 five-speed manual gearbox. This featured a dogleg shift pattern for European models and a standard H-pattern for North American models.

Both automatic transmissions were manufactured by ZF - they were the 3-speed 3 HP 22, which was available on the M10 316 and 318i models until year 1985, and the 4-speed 4 HP 22, which was available on all models later. 320i and 325i have the option of the sport automatic, that was an electronic box rather than the usual fully mechanical box. This is much less common to find in USA than Euro market cars, though it is still fairly uncommon in Euro market cars too.

There are a number of options for the gear ratio for E30 differentials, with an optional limited-slip option.

The 4-cylinder cars (other than the M3,) came with small case differentials in the following ratios:

All E30 differentials, small case or medium case, are interchangeable. The E28 5-Series and E24 6-Series shared the same differential, and can be used in the E30 after swapping the rear cover and output flanges. This provides options for ratios such as 3.25 and 3.46 that wake up the 325e, or provide a proper final drive ratio for engine-swapped cars without overdrive. 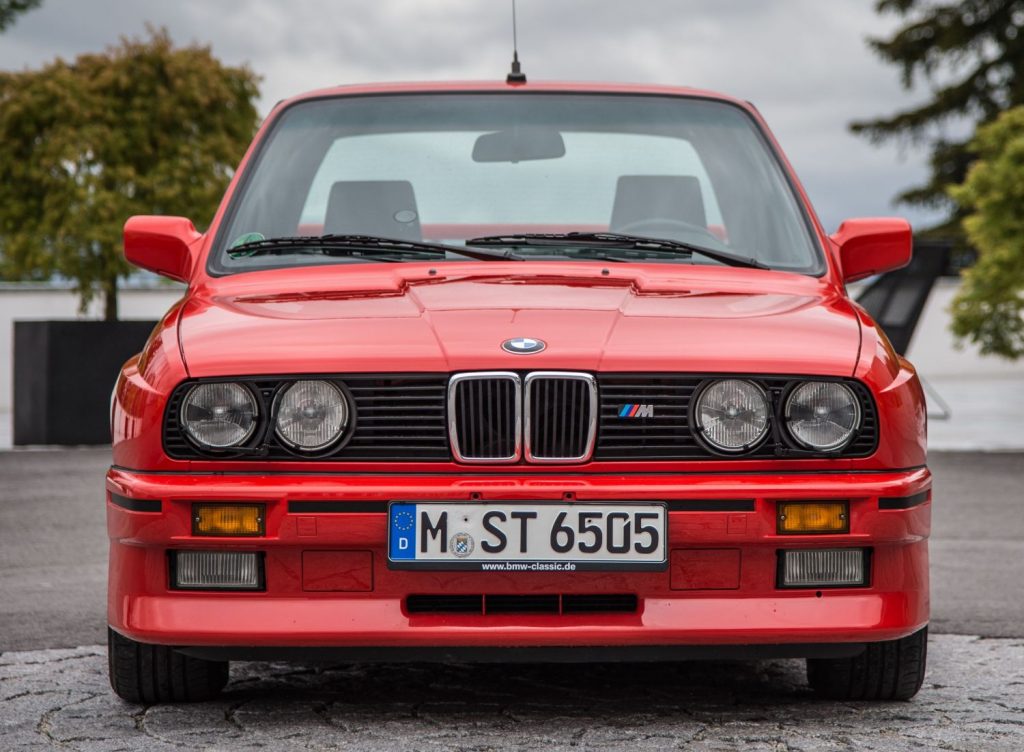 In addition to the famous M3 there were other special models of the E30. For Portugal, Greece and Italy only, due to considerably higher VAT and vehicle tax for cars with engines exceeding 2000 cc, a special model was created: the 320is. The sedan version appeared in the dealers' showrooms in September 1987 while the coupe version arrived in March 1988.

This model was produced both in coupe and sedan versions and was equipped with a 2.0 L (1990cc) version of the S14 engine from the M3, with stroke reduced to 72.6 mm (2.9 in) and a power output of 192 hp (143 kW). The 320is shared the same dogleg Getrag 265 gearbox of the non-US M3 while it had a limited slip differential with the same 25% lock up rate but with a closer ratio. All the 320is models were left hand drive and without a catalytic converter. Sports suspension was fitted to all coupes, and to sedans produced from September 1989.

The interior of the 320is was identical to that of other 3 Series models, except an M3 instrument cluster (which features an oil temperature gauge instead of a fuel economy gauge) was used. The 320is was sold for three years, with 1206 sedans and 2542 coupes being produced.

In New Zealand, where the M3 was never officially sold, the local importer created a sporting version of the sedan called M325i. About 100 such cars were imported beginning in late 1986 until at least 1990. Fitted with the standard non-catalyzed 171 PS (126 kW) 2.5 litre engine they benefitted from a Motorsport fettled suspension, the M-Technic body package, 15-inch BBS cross-spoke wheels with wide, low profile (225/50) tyres, and a limited-slip differential. The M325i is quite similar to the British market 325i Sport, also developed as a response to the absence of a right-hand-drive M3.

BMW South Africa's Motorsport division created the 333i in 1986 by fitting the 3.2 L M30 "big six" engine to a coupe E30. The resulting 333i was a success in South African saloon car racing. These cars were built with help from Alpina in Buchloe, Germany. Due to the space constraints caused by the large M30 engine, the buyer was forced to choose between air conditioning (vital in South Africa) and power steering. Only 204 of these cars were produced.

The 2.7 litre 325iS (commonly called "Evo 1") was created by BMW South Africa to replace the 2.5 litre 126 kW 325i in Group N production car racing, as a response to the introduction of the Opel Kadett 2 litre 16V to the Class A category. It was launched in the first half of 1990 and was powered by an Alpina-fettled, 2.7 litre M20 engine which produced 145 kW (194 hp). BMW claimed a 0-100 time of 6.9 seconds and a top speed of approximately 230 km/h. The 325iS used aluminium doors, fenders and bonnet and was fitted with the 5-stud race-tuned suspension from the European BMW E30 M3 (which was not sold in South Africa).

Following the introduction of the upgraded Opel Kadett 16V SuperBoss, in 1991 BMW South Africa introduced the 325iS Evolution HP (commonly referred to as the "Evo 2"). The motor was upgraded to produce 155 kW (208 hp), due to improvements to the induction system, increased compression ratio, an upgraded cylinder head, an increased rev limit and a revised exhaust system. Despite the increased power, BMW's official performance figures were unchanged over the 325iS.

The Evolution HP was equipped with a front splitter/underbody tray to aid high-speed under-floor aerodynamics. The aluminium panels were no longer used, due to cost and repair-ability issues. The differential ratio was shortened and shorter springs were used in the front suspension.

The JPS Edition is an Australian-only model built as a tribute to the 635CSi cars competing in local touring car racing. The JPS in the name refers to the sponsor of the race cars, John Player Special cigarettes. The cars are based on a 323i coupe and are coloured black with gold pinstripe and gold BBS wheels. Other features included Recaro sports seats, JPS badging, a limited slip diff, sports suspension, sunroof and unique body kit.

The number of JPS cars produced is unknown, however it is speculated to be over 70.